Lahore: Beaconhouse Canal Side Girls' Campus held its two-day mega event, Vassl 2.0 on November 16-17, 2018, which was a roaring success and gained lots of appreciation and applause.

The opening ceremony consisted of a breathtaking mime. The principal declared the event open. The contests began with great zeal. The first day consisted of Sportica, Artistry, Scifest, Bizfest and Lights Camera Action. All these events had sub-categories.

The second day of the event began with a new energy and new categories such as Melodies, Scavenger Hunt and Stand Alone Mic.

The competition was followed by the closing ceremony which was presided by Mr Mansoor Ali Khan, a renowned television anchor. The results were announced and the winners were awarded medals and certificates by the chief guest, the principal and the senior school headmistress.

The best delegation award was given to Beaconhouse Bahria Town Campus Lahore.

The closing ceremony was followed by a Qawwali night headed by qawwal Mian Mir. Students rejoiced in the most memorable way and also lit lanterns which was a treat to watch. 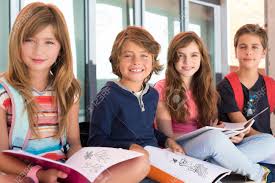